The new update isn't on some addon app from the play store/app store![]

Do not trust those addon apps. Developers have no control over what gets uploaded there, and most of them do not directly upload their addons there. You should have used MCPEDL instead since MCPEDL is pretty much the hub for all things MC Bedrock. 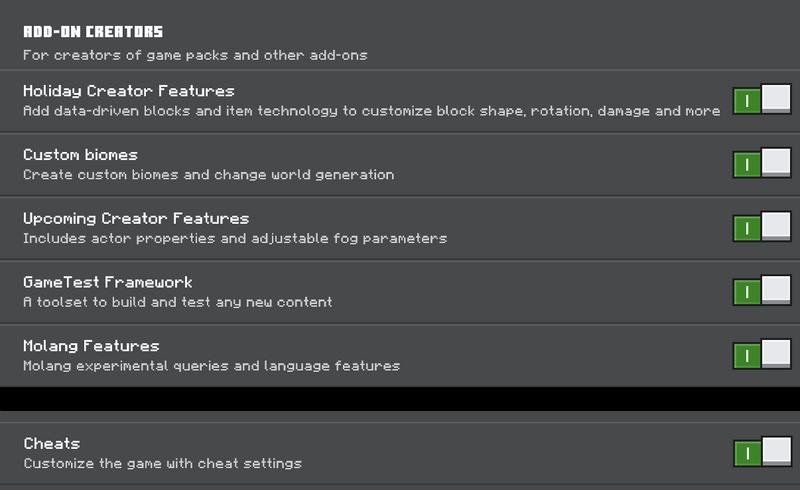 You should have turned these on. Hell, the download website and the MCPEDL page literally emphasize this, and we're tired of people asking us this question all over again.

Certain features don't work even after I turned on all the experimental toggles![]

I cannot hatch the eggs from Prehistoric Rift[]

Due to the weird ways Minecraft works, here are some tips

How do I (insert something here that isn't related to troubleshooting)[]

Community content is available under CC-BY-SA unless otherwise noted.
Advertisement